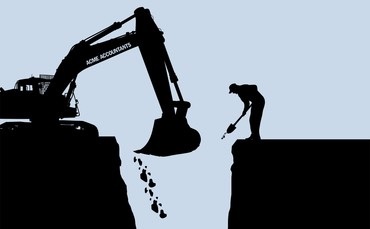 In my last Persuasion Tip © (Dec. 12, 2017:  “Fill It In Or Have It Filled In For You”, I made an argument that if you leave out certain information that a jury thinks might be important, then they will fill it in on their own.  The problem is what they might use as the “fill.”

To drive home the point, here is a real life example from a criminal trial 6 weeks ago in Washington D.C.:

In the trial on the 2012 attack on the U.S. Embassy in Benghazi, the jury convicted the main defendant on terrorism charges, but acquitted him on the charge of murdering the U.S. Embassador.

Here is what one juror said about the jury filling a huge hole in the prosecution’s case regarding the murder charge:

“We felt that the prosecution spent a lot of time on emotional appeals that kind of fell flat to us, when we already knew the gravity of the case,” according to the juror who spoke on condition he not be named because of worries about his safety. “But we were a little shocked that they didn’t kind of set up the timeline of events as much for us,” he said, including “the whereabouts of the actual defendant.”

Over five days,  jurors painstakingly pieced together a timeline of events, the juror said, trying to establish for themselves when Abu Khattala joined a plot by several militant groups that overran and burned a U.S. special diplomatic mission on the night of Sept. 11, 2012, and fired mortars on a nearby CIA base before dawn Sept. 12.  [Washington Post, 12/8/2017]

I know you all know this stuff, but real life reminders to confirm a theory puts that certain je ne sais quoi into your case planning.