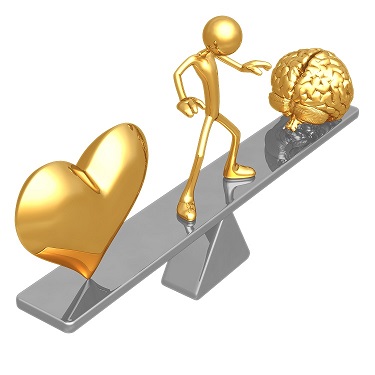 Do you think the jury is going your way, or is that a feeling you have?

The linguistic tendency these days is to use “I think . . .” and “I feel . . .” interchangeably.  Psychologists have always picked at this difference in therapy as if it made a difference (I know mine does!), but does it really make any difference in persuading people in your presentation in court?

Guess what?  It does (Personality and Social Psychology Bulletin, Mayer and Tormala, 2010).

These seem to convey the same message, but the research says they appeal to different audiences.

In the study that tested this idea, subjects were first asked to give a description of their views of the world.  Based on the words people used, researchers divided the groups into a “feeling words” group (i.e., unpleasant, scary, happy) or a “thinking words” group (i.e., beneficial, useless, harmful).  Then each group was given an argument to read regarding donating blood with the only difference between the two passages being that the word “think” was used in one and “feel” in the other.

As predicted, people who thought of the world in “thinking” terms reported being more likely to give blood when they read the “think” version, whereas people who view the world in emotional terms responded more to the “feel” version.   Finally, just to assure you, the same descriptions were given to “cross-over” groups (thinkers got the “feel” version and feelers got the “think” version) and the results fell apart.  Thinkers were not persuaded by the feel version and vice versa.

How does this help you in court when you have no idea if any particular juror is a thinker or a feeler?  Here are some ways:

So, how you feelin’ now?