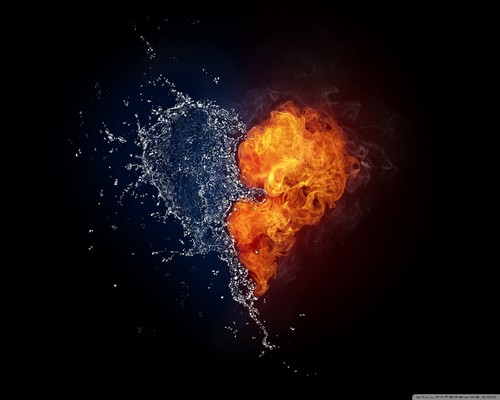 [NOTE:  This Persuasion Tip comes to you from our new intern, Tera M. Robison, who joined us for this summer from her neuroscience studies at Emory University.  As you can see, Ms. Robison is on her way to helping you all win cases with her ability to blend psychology into the practice of law.  Our team is very lucky to have her on board this summer.  Jot down her name—she will be an important figure in our field and you’ll be able to say, “I read her first article back in ’17.”]

Think back to when you were a shiny, new law student and your professors taught you the philosophical tenets of logos, ethos, and pathos, as the foundational pillars of a well formulated argument. You dutifully jotted down those pillars on your first legal pad, but perhaps now one of those has faded with time. Pathos is often left by the wayside in favor of facts. Fortunately, a burgeoning psychological concept called “hot and cold cognition” can help today’s attorneys put the spice of pathos back into the mix of their cases and win the jury over- mind and body.

“Hot and cold cognition,” or emotional and logical thought processes, are often thought to be entirely separate. Psychological observation and neuroscience studies tell us otherwise. Take the classic Psychology 101 story of 1800s American railway-foreman, Phineas Gage, for example. One day at work, the explosive powder Gage was tamping down into a hole unexpectedly detonated, shooting a 13 pound, 43-inch tamping rod into his left cheek, and up through his brain. Miraculously, Gage survived. It was not long, however, before people noticed a change in Gage’s temperament. Dr. Harlowe, the doctor who observed Gage during his recovery, noted that Gage was no longer able to control his impulses, acting out violently and swearing incessantly. He was unable to keep his job, or stick to plans.

Today, better understanding of neuroscience and scans of Gage’s skull reveal that Gage’s Orbital Frontal Cortex (OFC) was completely obliterated in the accident. Research tells us that the OFC is an absolutely crucial part of the human Frontal Lobe. The Frontal Lobe contains the “thinky-thinky” parts of our brain; it combines our primal instincts, reflexes, input from our various sensory cortices, reasoning, and emotions into coherent thoughts. Essentially, it is what makes us human. The OFC functions to integrate our emotions with logic. Without the ability to integrate these two vital aspects of the human psyche, Gage was unable to make decisions, much less function normally in his day-to-day life.

Through Gage’s horrific accident, and the years of brain research it has spawned, neuroscience has shown that your law professors weren’t joking when they said pathos is important. We all need logic and emotions to live normally and make decisions. And who has more important decision making to do than jurors? All the logical arguments in the world will not move a jury to find in favor of your client if you don’t tap into their feelings.

Never fear- research to the rescue! Psychologist Walter Cannon and physiologist Philip Bard have devised the Cannon-Bard theory of emotion, which states that emotions and physiological responses to stimuli result simultaneously. More specifically, emotions stem from stimulation of our sensory systems that connect to the thalamus (the cloverleaf of the brain highway, so to speak). The thalamus then simultaneously connects to three different brain regions: the brain stem (the seat of our primal instincts and behaviors), the motor cortex to elicit physical responses, and the limbic system to generate an emotional response to the stimuli presented. Finally, the all of these signals are sent to the OFC to combine our physical and emotional responses to our sense of reason.

Thus, an attorney with pathos, a good story teller who keeps jurors on the edges of their seats, elicits a physiological response, emotional response, and rational response from the jurors – the case-winning trifecta.