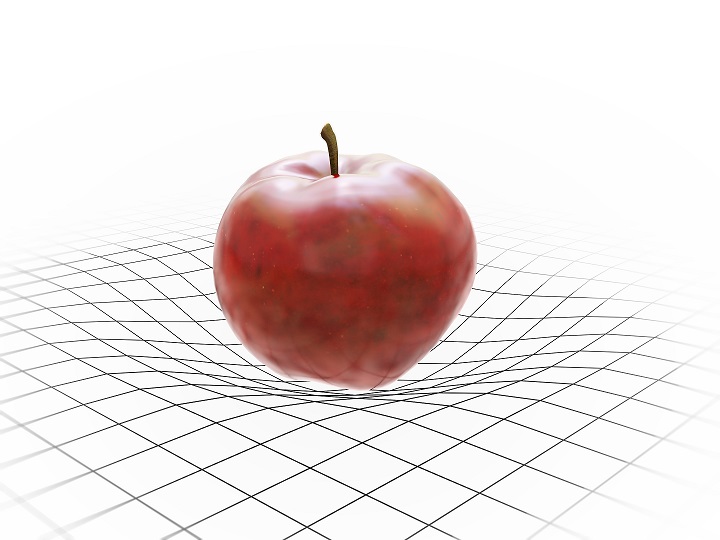 Scenario #1:  “Gravity is a natural force that pulls all objects toward the center of the earth.  If I let go of my pen, BOOM, it falls to my desk every time.”

#2 is inductive reasoning—looking at individual pieces of evidence and stating a probability, not a certainty, because there are also some observed exceptions.

This difference in thinking may be the basis for why lawyers are perplexed by some verdicts:  Lawyers think deductively and are certain that the evidence shows their side is right.  Jurors think inductively, bringing all their personal exceptions into the deliberation room, hidden in their brains until the discussion begins.

The deductive thinker flashes back to geometry class and remembers that a 5-sided object with straight sides and equal distances between its corners is a simple pentagon.  The internal angles always equal 540°.  Even without sides drawn in, the shape is unmistakable—to a lawyer.

Four inductive-thinking jurors, though, get all those same facts in the same arrangement, grab a donut on the way into the deliberation room, sit down confidently and, in turn: 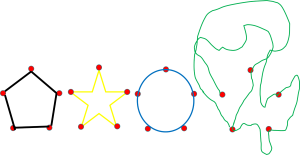 Inductive thinking allows for personal experiences to mix with the facts, creating probability, not certainty.  Their view of the facts is not wrong, it is just tempered by all the exceptions that hide in their individual life of experiences.  Birds and airplanes and clouds DO all come back to earth at some point because they are all subject to the law of gravity, but inductive thinkers see that only as a probability because they don’t always see the outcome.

Instead of graphic dots, let’s look at a real-life case example.  Your 5 facts are:

Ask the deductive and inductive thinkers one simple question:  “What kind of case is this?”

Deductive thinkers:  “Eminent Domain case!” — Lawyers immediately know the general principles, rules, and laws that tie all these facts into a neat bundle, a certain package.

Inductive thinkers:  “What?” – they see the facts, but they are just a loose collection of stuff – no meaning is attached.

What can turn this meaninglessness into certainty?

We can’t make other people think like we do, but we can be most persuasive when we recognize the our differences and adapt our thinking to facilitate theirs.