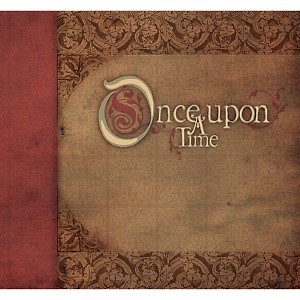 The art of story telling

Night after night, after listening to his father share stories with travelers along the Cumberland Trail, Abraham Lincoln “ . . . would spend (quote from Lincoln’s diary), ‘no small part of the night walking up and down, and trying to make out what was the exact meaning of some of their, to me, dark sayings.’ Unable to sleep, he would reformulate the conversations until, as he recalled, ‘I had put it in language plain enough, as I thought, for any boy I knew to comprehend.’ The following day, having translated the stories into words and ideas that his friends could grasp, he would climb onto the tree stump or log that served as an impromptu stage and mesmerize his own circle of young listeners. He discovered the pride and pleasure an attentive audience could bestow. This great story‐telling talent and oratorical skill would eventually constitute his stock‐ in‐trade throughout both his legal and political careers. The passion for rendering experience into powerful language remained with Lincoln throughout his life.”— Team of Rivals: The Political Genius of Abraham Lincoln, by Doris Kearns Goodwin (Simon & Schuster, 2005), page 50.

Lincoln’s “instinct” for telling stories to convey ideas has a long tradition in human evolution. Some evolutionary psychologists even believe that listening to stories is “hard‐wired” into our brains—that our very survival has depended on stories being told and understood. Cavemen drew “stories” on cave walls to show others how and where food and water could be obtained. Our greatest ancient philosophers and spiritual teachers conveyed our most important principles as human beings through stories and parables so that their rather uneducated audiences could “get it.”

Jurors, in a sense, are an “uneducated” audience. Most prospective jurors have no familiarity with the concepts, technical facts, or legal principles behind your case. If they do, they probably got challenged during voir dire by one side or the other, leaving the jury as a panel of “blank slates.” Stories are the most persuasive ways to turn the blank slate into an intelligent advocate (for your side).

There are lots of story models around for attorneys to use for their openings, but most of these models share some common, important features, such as:

Go to any movie and you will see Aristotle’s story elements in living color:  characters, the imbalance, the balance, the solution, the turning point, the “music” (dialog). Hollywood uses these story features in a kind of formula to get us all to pay to hear and see the story! And Hollywood does it well because we pay billions every year to go to their productions. Can you envision a time where you are so good at giving a story in your opening that jurors PAY to hear you?

Story‐telling in your openings:  Make your case a work of art

You describe your case to your family at dinner. Suddenly, you recognize pain in the contorted faces of your audience. The pain forces you to change your approach.

Clarence Thomas:  “If you lie, you will cheat; if you cheat, you will steal; if you steal, you will kill.”

In an insurance bad faith case, for example: “National State Fidelity lures consumers to a service. Once lured, NSF plots ways to deny the service. NSF denied service when my client needed it most. “Needed it most” is really the defining feature of ‘insurance,’ isn’t it? So if there is no insurance, then NSF merely steals money.

Suddenly, your next case blossoms into a work of art. Jurors understand, remember, and argue for you in deliberations. Whoever tells the best story wins.