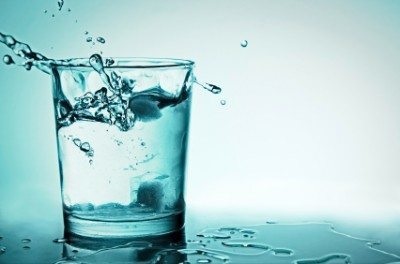 The power of jurors in the story

In the story-telling model that we use with attorneys to help them craft an engaging opening statement, one of the features that we teach is the importance of making the jurors feel as if they are a part of the story.  We tell the jury what their role is in this story and that the story is not over until they return their verdict.  This ancient story-telling technique [Aristotle used it frequently] forces the audience members to take an active role in how the story unfolds, to be invested in the outcome, to not just be a spectator watching from outside.

Alan Alda, an actor we all know, drew me into this concept last fall when I saw him speak at a University of Nevada Foundation dinner.  His demonstration was so simple and so elegant that when I merely tell you what it was, second hand, even without being there, you will feel the power of his demonstration.

He was in the middle of his speech about how he teaches physicians and scientists to communicate effectively with their lay audiences.  He called for an audience volunteer.  A woman raised her hand and self-consciously trotted onto the stage.  Mr. Alda was at one end of the stage where there was an empty glass sitting on a table.  Mr. Alda asked her to pick it up and take it over to another table, situated about 20 feet away.  She did it easily.  Mr. Alda met her at the other table, upon which sat a pitcher of water.  He filled the empty glass to the brim, then instructed her to take the full glass back over to the original table.  Before she even picked it up, though, he added, “and if you spill even a single drop, your whole village will be wiped out.”

Instantly, I felt the stakes get higher.

She painstakingly lifted the glass and glided slowly back to the other table.  She could hardly breathe.  As an audience member, I was on the edge of my seat, straining to see if a drop fell.  I saw most of the rest of the audience leaning in, too.  There was a total hush across the huge banquet room until she made it to the other table and set the glass softly onto the surface.  As soon as it was safe, the audience erupted in clapping, cheering, a big sigh of relief.  The volunteer was almost giddy from the tension and the subsequent release.

Then Mr. Alda asked us all, “What just happened?”

He observed that we were all highly engaged.  He saw us all invested in the outcome.  He challenged us with some questions, like, “Did you really think your village was going to get wiped out?  Are you even a village?  Do I even have the power to destroy a village?  Do you even know this woman?”  When hit with those questions, the answers were almost all, “No.”  So why, then, did this have such an impact?

We were IN the story, not just watching a woman carry a glass of water.  We were either rooting for her or rooting for us [for our “village” to survive], but whatever it was, it wasn’t the facts that got to us—it was the story itself.

Jurors will react the same way.  Make your client, whether a person or an entity, whether a plaintiff or a defendant, someone who has to get from Point A to Point B.  They have a hurdle thrown in their way [an accident, a breached contract, a stolen idea, a defective product, a conspiracy, a false allegation].  Now they need the jury’s wisdom to make it to that far table with all the water in the glass.  The jury actively moves this quest forward.

This component of the story model, making the audience an active part of the story, gets a lot of lip service, but figuring out some way to make the jury clap and cheer and breathe a sigh of relief is going to make your case better.

Thanks for drawing me into your story, Hawkeye!

By the way, his book about his research and teaching communication skills to professionals who deal with lay audiences is fantastic.

Get it:  If I Understood You, Would I Have This Look on My Face?, by Alan Alda (2017), Mayflower Productions, Random House.