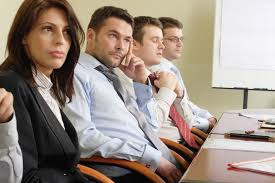 Would your jurors rather go to a movie or meeting?

Movies have a story built on a conflict and a resolution with some twists and turns along the way. Actually, every trial has the same thing. Why, then, do people NOT want to be on a jury as much as they want to go to a movie? Maybe because trials get conducted like meetings, not like movies. Opening statements tend to follow the “what the evidence will show” model. Maybe since attorneys tend to leave out, or expect jurors to figure out on their own, the story, conflict, action, and resolution in the opening, it just seems like work to the jury. Jurors can work at work—they want something more from their jury service.

Christopher Vogler, a lowly Disney script reader, wrote “The Memo” as it is now known in the film industry. It identified the features of a good story and every successful Disney classic has followed his basic model: a villain, a hero, a conflict, an action, a resolution. The twist, when turning a trial opening into a movie, is to make the jury the hero. THEY are the ones who need to take action and create the resolution. THEY are the vital key to the whole story. Making them the hero means they have to be involved and they have to care. Your opening puts them in the movie, not just viewers of the movie.

Obstacles:  A pain to be avoided

Conflict:  A challenge we invite

Cognitive researcher Mark Turner (1996) says, “Narrative imagining—story—it is the fundamental instrument of thought.  . . . It is our chief means of looking into the future, of predicting, of planning, and of explaining . . . Most of our experience, our knowledge, and our thinking is organized as stories.”

In organizing your next opening, try this:  on a lined sheet of paper, put these row headings–

Then, in no more than one sentence, fill in each row.

Then, on a new sheet of paper, move the resolution to the top row and re-plan your story on how to get there. For instance, the slipper fit Cinderella’s foot (resolution), but the story is how the Prince got to her doorstep to have her try it on in the first place. When you know the end of the movie, the rest of it is easy to write.

Send your jury to the movies. It will make YOU the hero.